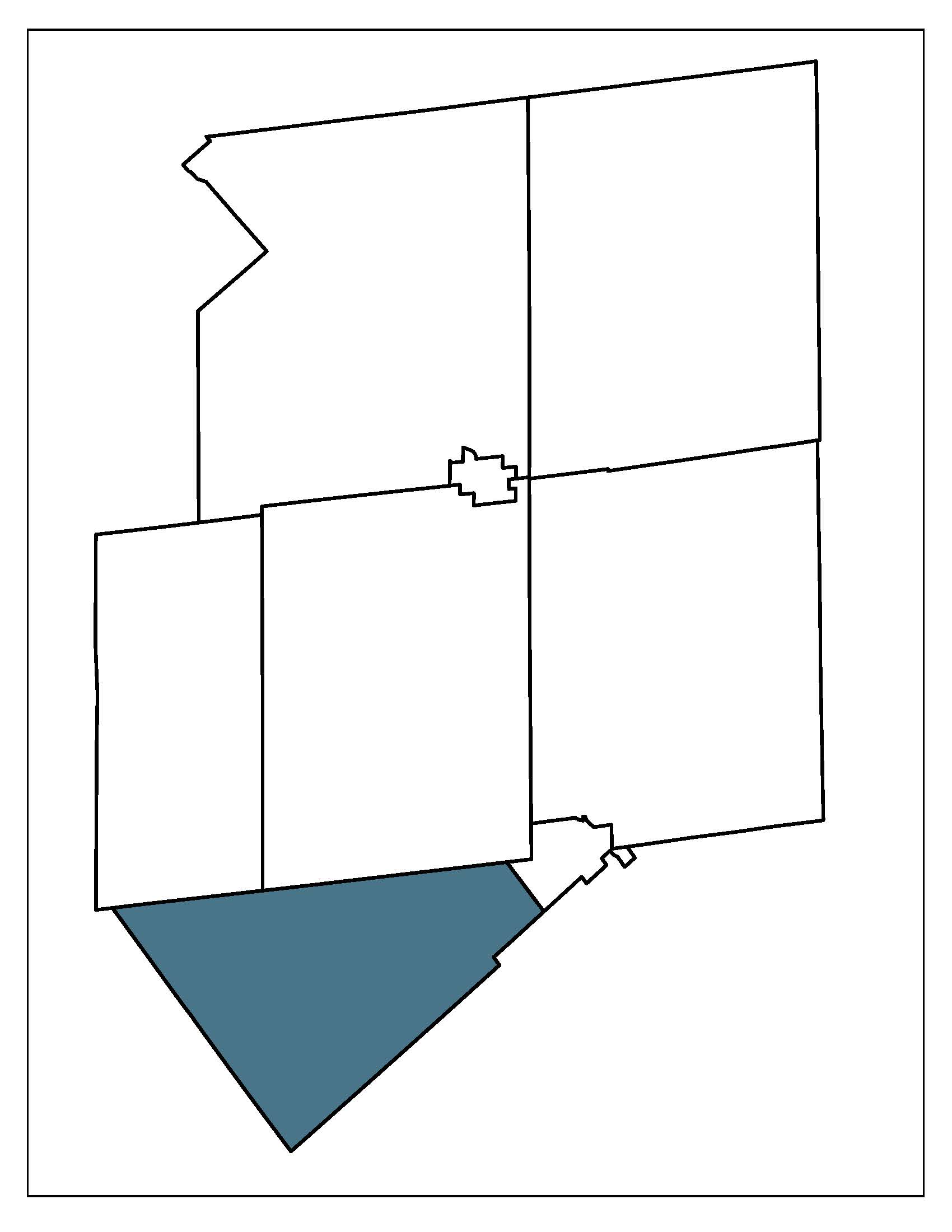 East Garafraxa was opened for settlement in 1822, and was spelled "Garrafraxa" for the first forty years of it's existence. "Garrafraxa” was politically separated into West and East and incorporated in 1850, with the second 'r' being dropped from record sometime around 1860. The Township of East Garafraxa became part of Dufferin County in January 1881.

No one really knows what the township was named for. Some say it was for a Sassafras plant, an Irish castle, or a Scottish stream. Perhaps it was a mash-up of the native (garra) and Latin (fraxilinus) words for ash tree? Other theories propose it as a corruption of the Latin for “broken gore”, acknowledging the triangular shape of the township. The most intriguing theory is that lieutenant Governor, Sir Peregrine Maitland, who was infatuated with all things Spanish, named the township after a pun on his name meaning something like the “claw that grasps the flask”.